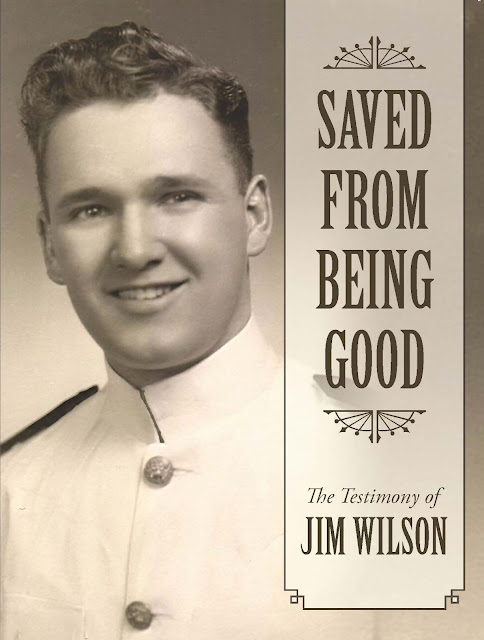 Most veterans of Korea, Vietnam, or the Cold War, had at least one narrow escape. I had one on the USS Brush three months after being commissioned as an officer. The gunnery officer told me to leave my battle station in gunnery plot and come up to the main battery director. Our ship was off the east coast of Korea, closing range to destroy some railroad cars. I left the chief fire controlman in charge of plot and proceeded to the main battery director. When I got up to the director, he did not know why he had called me there.

Read the rest of the story...

An Update on My Ministry

May 06, 2019
This is an update from my son Douglas on my health and the plans for continuing my literature publishing ministry with Community Christian Ministries. If you would like to talk to me more about this or just for fellowship, you can reach me at (208) 882-4383 or jimwilson27@frontier.com.

My name is Douglas Wilson, and I am writing you with an update about my father’s health, and about our plans for the future of his ministry. I serve on CCM’s executive committee, and we recently made some important decisions in this regard, and so I wanted to take this opportunity to pass this information on to you.

As most of you know, Jim Wilson is now on hospice care. He is getting progressively weaker, but is still able to live at home, where he continues to counsel and minister to others. We don’t know when he will go to be with the Lord—it could be any time, and it could be a while yet. My wife and I have been living with him the last nine months, and are happy to report that he is a …
1 comment
Read more

Here is a major reason. The new Christian often is not taught to live the Christian life the same as he was taught to receive Christ. He is taught a different way of living than he was taught of receiving. That is why he falls. The new Christian received Christ by grace through faith. He did not receive Christ by trying or by effort. He is not to live by trying or by effort. He is to live by grace through faith. In other words, the Christian life should be like being born again every day. If you need help with this, I recomm…
Post a Comment
Read more