Church Growth in a Time of Turmoil 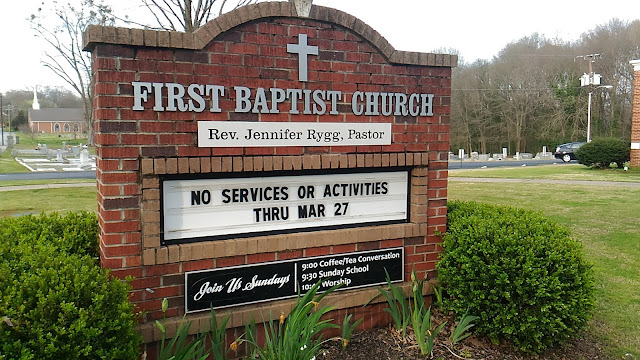 "They seized Peter and John, and because it was evening, they put them in jail until the next day. But many who heard the message believed, and the number of men grew to about five thousand" (Acts 4:3-4).

"Then the church throughout Judea, Galilee and Samaria enjoyed a time of peace. It was strengthened; and encouraged by the Holy Spirit, it grew in numbers, living in the fear of the Lord" (Acts 9:31).

In the first passage, the church was persecuted. In the second, it enjoyed a time of peace. In both cases, the church grew. What did these times have in common? Preaching the gospel in power. Church growth is not directly related to persecution or peace. The church can die under persecution, but it does not have to. It can die in times of peace, but it does not have to. The church died in the Middle East, North Africa, and Turkey because of persecution. In the last century, the church in Northern Europe died without it. The birthplace of first-century Christians and the birthplace of the Reformation are now needy mission fields.

God designed His church to flourish under any form of government or religion. There are very prohibitive ones today: communism, dictatorships, Islam, Buddhism, Hinduism, Roman Catholicism, Eastern Orthodoxy, Judaism, and animistic cultures. All of these are strongly opposed to evangelical Christianity.

"In fact, everyone who wants to live a godly life in Christ Jesus will be persecuted" (2 Timothy 3:12).

"You know, brothers, that our visit to you was not a failure. We had previously suffered and been insulted in Philippi, as you know, but with the help of our God we dared to tell you his gospel in spite of strong opposition" (1 Thessalonians 2:1-2).

Asking people who do not believe to stop persecuting believers is not God’s way. It is asking the devil to play fair.

What is God’s way?

"Devote yourselves to prayer, being watchful and thankful. And pray for us, too, that God may open a door for our message, so that we may proclaim the mystery of Christ, for which I am in chains. Pray that I may proclaim it clearly, as I should" (Colossians 4:2-4).

"And pray in the Spirit on all occasions with all kinds of prayers and requests. With this in mind, be alert and always keep on praying for all the saints. Pray also for me, that whenever I open my mouth, words may be given me so that I will fearlessly make known the mystery of the gospel" (Ephesians 6:18-19).

“'Now, Lord, consider their threats and enable your servants to speak your word with great boldness…' After they prayed, the place where they were meeting was shaken. And they were all filled with the Holy Spirit and spoke the word of God boldly" (Acts 4:29, 31).